Look at what I just read…..

Drudge Report: The Other Side of the News
From the New Zealand Herald – MONDAY, NOVEMBER 30, 2015

The world’s first anti-aging drug will be tested on humans next year in trials which could result in people being able to live healthily well into their 120s. Scientists now believe it is possible to stop people growing old and consign diseases such as Alzheimer’s and Parkinson’s to history. Aging expert Prof Gordon Lithgow, of the Buck Institute for Research on Aging in California, is one of the study advisers. He said: “If you target an aging process and you slow down aging then you slow down all the diseases and pathology of aging as well. That’s revolutionary. That’s never happened before.”

Scientists think the best candidate for an anti-aging drug is metformin, the world’s most widely used diabetes drug which costs just 10 cents a day.

Metformin increases the number of oxygen molecules released into a cell, which appears to boost robustness and longevity.

When Belgian researchers tested metformin on the tiny roundworm C. elegans the worms not only aged slower, but they also stayed healthier longer. Last year Cardiff University found anecdotal evidence that when patients with diabetes were given the drug metformin they lived longer than others without the condition, even though they should have died eight years earlier on average.

The new clinical trial is scheduled to begin in the US next winter. Scientists from a range of institutions are currently raising funds and recruiting 3,000 70 to 80-year-olds who have, or are at risk of, cancer, heart disease and dementia.

… so what’s my point in bringing this report to your attention?

The drug metformin helps the body’s cells in essence to be more receptive to insulin.  As  people age and increase the amount of fat deposited inside the abdomen, that particular fat, called visceral fat, produces substances that impede the uptake of insulin into the cells. Consequently, insulin resistance develops and more and more insulin is produced.  This insulin resistance is the process behind so many of the diseases of aging: heart disease, diabetes, Alzheimer’s/dementia, cancer, etc.

As we’ve described in many other blog posts, when hormonal balance is achieved, the body increases its muscle mass, decreases visceral fat (the fat inside the abdominal cavity), and helps to protect against these very diseases of aging by decreasing this insulin resistance.

I prefer to let my body do the work it is designed to do with the bio-identical hormones it has always used to produce health, wellness, and other great benefits to energy, mental focus, and libido for years to come rather than relying on a “pill” that still, for all its apparent benefits, has potential side effects.

WANT TO LEARN MORE? WE CAN HELP.

Subscribe to our FREE newsletter to learn more about BHRT (Bio-Identical Hormone Replacement Therapy) and how it can help restore your health.

Dr. Johnny Bryant has been practicing medicine since 1984. He lives with his wife, Joyce, in the greater Nashville area close to their children and grandchildren. Ask him any question on bio-identical hormones – he can't write enough about the subject! Learn more about Dr. Bryant →

Other posts by Johnny Bryant

Trials (that is, the random and controlled type)

September 8, 2015 / 0
That’s one key to discerning what is hype and what is real. Scientific data comes from experimentation and can be done using observational versus randomized... Continue reading 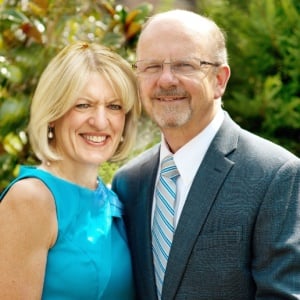 The Energy to Engage and Enjoy our ...

Why should I use bio-identical hormone?

The Energy to Engage and Enjoy our ...